As part of my journey in cryptoart, I advocated for artist rights by organizing artists to lead a revolt against an early move by platforms to reduce or eliminate secondary sale royaties built into NFT smart contracts. Below is documentation of some of these activities.

We, as a group of united cryptoartists, recognise a unique opportunity to chart a new course in the art world and improve conditions for all artists of today and tomorrow. We believe that by implementing an artist royalty of 10% on secondary sales, we can ensure that artists can share in the success they have worked so diligently to achieve.

As our partners in creating this new art movement, we value your platforms, just as you value our art. We value our collectors, your customers, and see them also as collaborators in creating this new art world. All of us together can stand united in securing reasonable royalties for all current and future artists. We now have the technology to enable this. We ask you to implement a 10% (or greater) artist royalty in your smart contracts to ensure future and existing creators have the resources they need to keep creating.

Please help us to further democratise this technology we all love so much.

For historical context and additional details along with statements by individual artists (being added as they are completed) please see: https://blackbox.art/royalties/

If you would like to discuss any details with us or have any questions about this, please let me know and I will arrange an invite to the Discord server for you.

from all of us:

“Architects of the Future”

2020 | vector digital art on custom software programmed by the artist 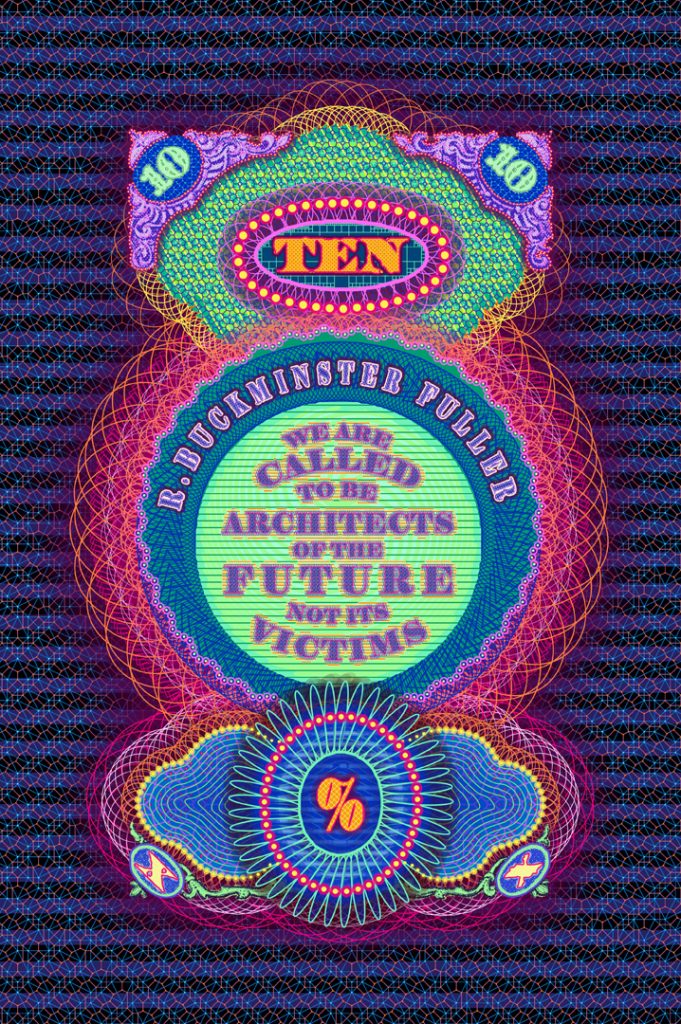 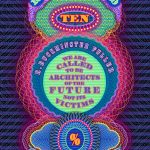 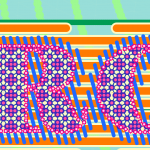 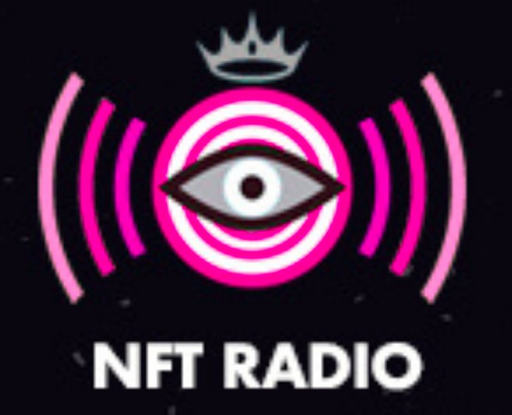 My name is Matt Kane. I’m an artist. I began selling oil paintings in a traditional art gallery in 2003. I since taught myself to code, built my own software to create my digital paintings in– and that brings us to today.

The problem I experienced in the traditional art world was that no matter how much of myself I put into an oil painting, I knew I would never again participate in that artwork’s economy ever again. There is the problem that artists don’t participate in their own success. They continue to make work, create careers, put years into achieving reputations– this adds value to their past work. But they don’t get to participate in the added value that they help generate.

When I first learned about art on blockchain, it was through an article that discussed automatic royalties paid to creators. I knew this was the paradigm shift I wanted to participate in.

So early in cryptoart, an artist had a choice of minting on platforms with royalties or without royalties. PowerDada was the first to code resale royalties into their smart contracts. And SuperRare began their platform with 10% secondary sale royalties. I chose to do business only on platforms I deemed progressive in this way. If you didn’t have royalties, I wasn’t minting NFTs there.

By September 2019, SuperRare launched their second contract which reduced royalties to 3%. I spoke up on Twitter at the time but didn’t get much traction. Artists didn’t seem to care– and this really pained me. But I thought someone would speak up. I waited for one of the leaders to be a leader. Say something. So 4 months later in March, I saw an artist who SuperRare did a lot to promote and they’d just featured them in an interview. And how did that artist thank SuperRare? They went to Known Origin to mint there. This infuriated me because at the time, Known Origin had no royalties. In the present moment, they lead royalties with 12.5%— but in March of 2020, it was 0. So I decided to speak up and say something on Twitter about royalties again.

“Thanks for being stand-up people in the #cryptoart space, SuperRare. For all the innovation taking place lately, artist royalties baked into smart contracts are a legacy I want to see more Artists demonstrate they actually care about.”

This brought a reply from Lawrence Lee– who his mid-70s. He’s had the career of an artist that I dreamt of having 20 years ago. But he said–

“Now that the secondary market is making me compete with my younger self, the lack of royalties is why I’m still working at 72.  If I was receiving only 3-10% on the works being auctioned or sold through other secondary channels, I might actually be able to retire.”


I knew immediately this was the story people needed to hear in order to care. It wasn’t theoretical as to why royalties are good. It was real. And it grabbed people by the heart.

So the first thing I did was bought one of Lawrence’s NFT’s for 1 ETH and I encrypted a message to it using Conlan’s Scribe tool. “”Purchased out of respect, admiration, and appreciation of a great artist. Lawrence shared his story and turned the course of history.”

Now nothing had happened yet. But I knew exactly what I was going to do. The leader I was waiting for was me. I really liked the conversations and interactions that happened on Discord during the creation of First Supper on Async. So I spun up my own Discord channel. And I sent private invitations to about 20 artists– ones the community respected and that I knew I could trust. And nobody that had an axe to grind against anyone– because the importance of what laid before us– we didn’t have time for grudges.

Whaleshark, responding to Lawrence began his own campaign for 5%. This was very promising. But I wanted artists to decide what was right for us. Everyone’s hearts was coming to  the right place but #cryptoart principles mandated artists have a conversation outside the permission & influence of collectors and platforms. So in this Discord channel, we made some impassioned speeches. Bard Ionson did quite a bit of research on the history of royalties to help us shape our arguments. Many artists took their work off of sale from platforms that did not have royalties. They boycotted– I especially remember OficianasTK and Skeenee taking these measures. But we wanted to discover through eachother what did we all want? What was right for us? What did we want to accomplish for future artists?

We had pretty well settled on the statement we wanted to make publicly — when President Trump canceled all International Flights due to covid. This is March 2020. This caused all the markets to crash. A couple artists got weak in the knees and suggested maybe we shouldn’t proceed since everyone just lost so much in the crash. But others of us said– that’s exactly why now is the right time to proceed. We don’t know how long this pandemic will be. How many artists and artist families could we effect positively if we just show some guts in this moment. And so we proceeded.

I nominated Sparrow to be our spokesperson– and the group agreed she was the best of us to be our voice in speaking with the platforms and collectors. And so she reached out and delivered this letter.

To make a long story short, what began at the beginning of March— we had reached consensus among most all of the major platforms to have an industry wide standard of minimum 10% secondary sale royalties for artist minted NFTs. Async Art was the first platform to say absolutely they would join the artists in this endeavor. And on the last day of March, at the beginning of a pandemic, while markets were bearish as all heck, SuperRare confirmed they would join us. We asked the platforms and collectors to join the artists as ALLIES in making NFTs stronger so that mass adoption could succeed one day. So that the benefits of NFTs actually spoke to more than just people’s pocketbooks. This is what we accomplished together.

These artists took large risks– because what often happens to people who participate in labor movements? So all these artists showed major courage

When we talk about cryptoart being an artistic and cultural movement— if it is an art movement, as I believe it is— it’s actions like this. That’s what is valuable. That is what the future will value– is that these artists had the guts and vision to get this done now, while things were still small enough– and pour that layer of concrete into that foundation. This is history. This is what cryptoart is.

Ultimately Kane realized that he must become the leader he sought and drew together a small network. The group discussed appropriate demands, studied historical information gathered by Bard Ionson, and followed through with a letter to crypto art platforms. Some artists also boycotted platforms or removed their work from platforms without secondary royalties. By the end of March 2020, all the major platforms of the time had agreed in principle to an “industry-wide standard of minimum 10% secondary sale royalties for artist minted NFTs.”